Apulia, located in the “heel” of Italy’s boot, is bordered by the Adriatic and Ionian seas, giving it the longest coastline of any of Italy’s regions.
So it’s definitely a perfect place to visit if you love to be beside the sea side! Despite this, Apulia isn’t one Italy’s top tourist hotspots, and the beautiful port city of Brindisi is arguably best known for being where backpackers catch boats over to Greece, or for its two airports.

However, there are many beautiful towns that you should explore before hotfooting it on a ferry or plane! Brindisi itself boasts two castles, the red-stone Aragonese Castle on an island at the entrance of the harbour, and the 13 th Century Swabian Castle, and also is home to some Roman relics – Brindisi’s Roman Column at the top of “Virgils staircase” marks the end of the Appian Way, one of the most important roads in the ancient republic that linked Rome to Brindisi. Other towns that are considered “secrets of the south” include Alberello (which is known for its whitewashed stone huts with conical roofs), Lecce (“The Florence of the South” with its Baroque architecture and sunken Roman amphitheatre) and Gallipoli, now one of the prettiest towns of the area with a centro storico on a small island in the Ionian Sea).

Some of these towns (such as Lecce and Gallipoli) are in fact part of the Salento peninsula, which, whilst still technically part of Apulia, is its own a sub-peninsula of the Italian peninsula located at the southernmost point of Italy’s heel. The Salento area is well known for its breath-taking beaches and unspoilt historic centres and is also the home of various unique festivals, such as the "Notte della Taranta", which you can check out if visiting in the month of August.

But what about the wine? Apulia predominantly produces reds, with its flagship grape being the Primitivo, which creates luscious heavy wines, one of the best being the Primitivo di Manduria. Primitivos are also considered great “food wines” that can be paired with Apulia's delicious local cuisine, which includes dishes ranging from eggplant parmigiana to fresh seafood, orecchiette to sagne ‘ncannulate, a type of spiralled pasta that is said to resemble Lecce’s twisting and spiralling Baroque architecture – after all if it ain’t Baroque, don’t fix it! We also recommend trying the famous Pugliese olive oil, which is made from the produce of the region’s 60 million olive trees!

Other important grapes from the region include the Negro Amaro, which produces the powerful Salice Salentino wine, and the Uva di Troia, which directly translates as “grape of Troy” and harks back to the stories of the ancient world, unsurprising regarding Puglia’s close proximity to Greece! It is used as a secondary red grape to make the famous Castel del Monte wines, which are produced in the area surrounding the stunning Castel del Monte (which gives the wine its name), a 13th Century castle built for Emperor Fredrick II, which is also a UNESCO World Heritage site that is open to visitors. 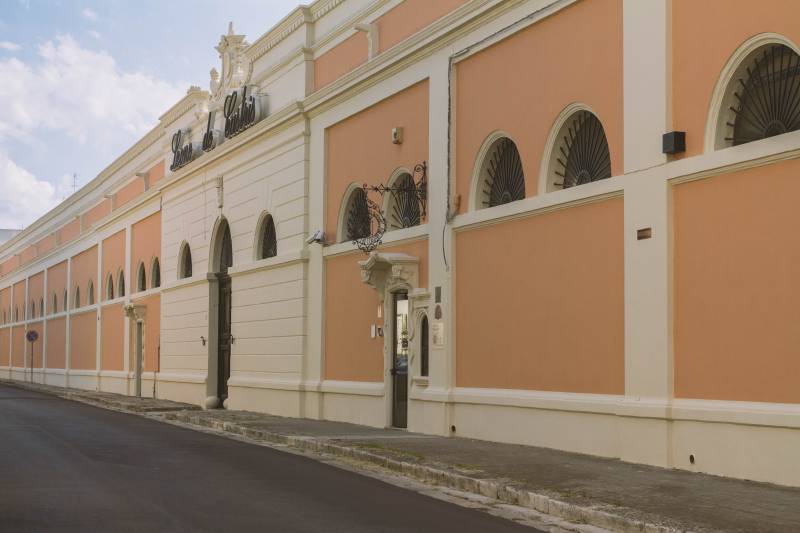