Tuscany is one of the most popular destinations in Italy for tourists, and it’s not difficult to understand why. The region combines delicious wine, stunning views of rolling vineyards and natural beauty, not to mention historic art cities which are homes to works by the great Italian masters. The two most notable cultural epicentres are Florence and Siena, which were famous rivals back in the Middle Ages when they were both independent powers.

Today, Florence is a culture vulture’s paradise with architectural masterpieces at every turn (the Duomo by Fillipo Brunelleschi, the Palazzo Vecchio and the iconic Ponte Vecchio being blatant examples) and as much world class art as you can imagine tucked away in the treasure trove museums - the Pitti Palace (the one-time chief residence of the Medici family) museum alone houses works multiple works by masters such as Raphael, Van Dyke, Carravagio and Tinteretto! Florence is also a must-stop city for foodies who are desperate to try a classic Florentine steak, or who want to learn about Tuscan cuisine at the vibrant food
market “Mercato Centrale Firenze”. If you’re a little more adventurous, why not try feast like a true Florentine and try a lampredotto sandwich, which is made from the fourth stomach of a cow and can be picked up from a trippaio (food stand), such as the I Trippaio di San Frediano in the Oltrarno district of the city.

Conversely, Siena is a much smaller city, yet it still equals Florence in beautiful architecture. It is also famous for its renowned Palio di Siena (bare back horse race) in July and August, which has been held since 1644. The city centre (Piazza del Campo) is turned into a race track and ten of the city’s seventeen districts compete against each other, as they are surrounded by electric, cheering crowds. Fun fact: This race gets serious! While it’s on, husbands and wives get separated depending on their divided loyalties to their respective districts!

If you’re looking for a slightly quieter pace than the buzzing metropoli of Florence and Siena, head to some of the smaller towns for a taste of Tuscan country life, such as UNESCO site San Gimingnano, or Vinci, birthplace of the famous Leonardo. We also recommend Certaldo, the birthplace of famous Italian author Boccacio, where you can catch a charming funicular railway up to the upper, old town. Monteriggioni is another stunning, small medieval town, considered one of the best preserved in Italy. Take a walk atop it’s exterior walls for breath taking views across the countryside, or pop inside it’s armour museum to learn about the historic feud between Tuscany’s two great powers… and try on some armour yourself of course.

But aside from the stunning art, architecture and history, a big draw to Tuscany is its renowned production of exquisite wines. The regional specialities are Chianti and Chianti Classico (set apart due to their different areas of production), which are both DOCG, and are both made predominantly from Sangiovese (the region’s flagship red grape), but are each blended with different grapes to give them their unique tastes. If you’re a Chianti connoisseur, why not go for a road trip along the Chiantigiana, which takes you through the entire Chianti region, with many vineyards to stop off at along the way. One of our favourite producers in the Chianti region is Volpaia, a historic village with wine running through the heart of it – literally, as a network of pipes transport wine across various buildings that comprise the winery, like veins pumping the hamlet’s life source around it.

Outside of Chianti and Chianti Classico, Tuscany’s other famous wine regions include Maremma (where the Super Tuscan varieties are produced), Montepulciano and Montalcino. Montalcino is renowned for its production of Brunello di Montalcino, which is considered one of the finest wines in Italy. One of the top producers of the wine is Castello Banfi, a vineyard which is well worth visiting, primarily for its location in a magical castle dating back to the 9 th century, and set amidst expansive, peaceful Tuscan countryside, but also to say a quick hello to Brunello the donkey and try some of his namesake wine. 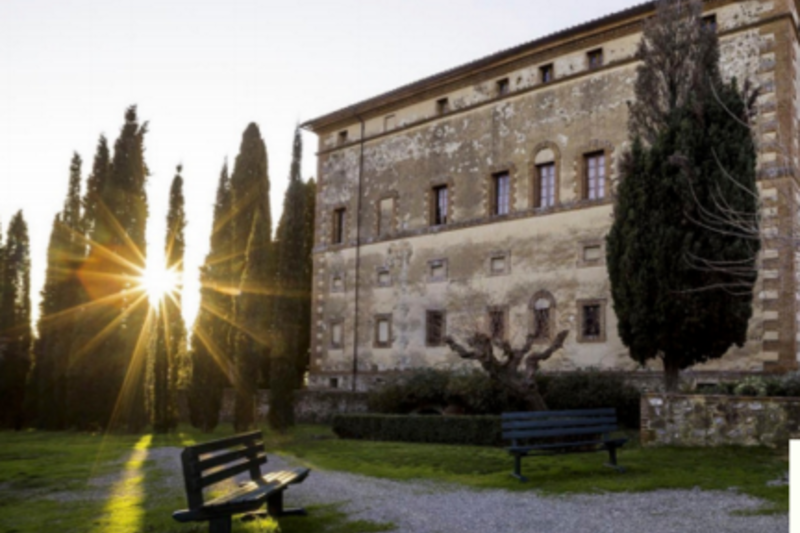 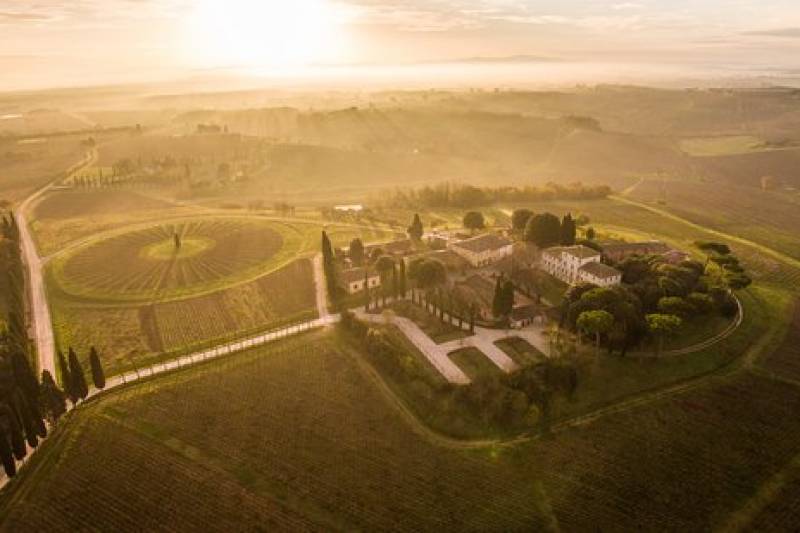 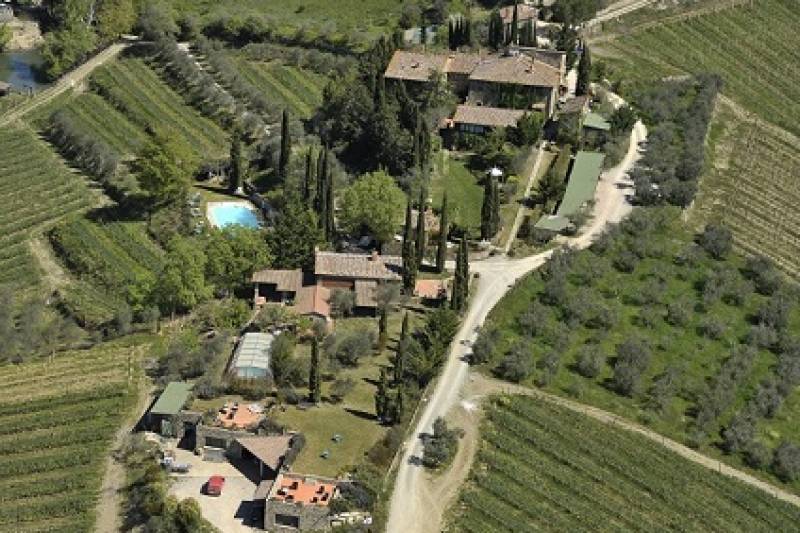 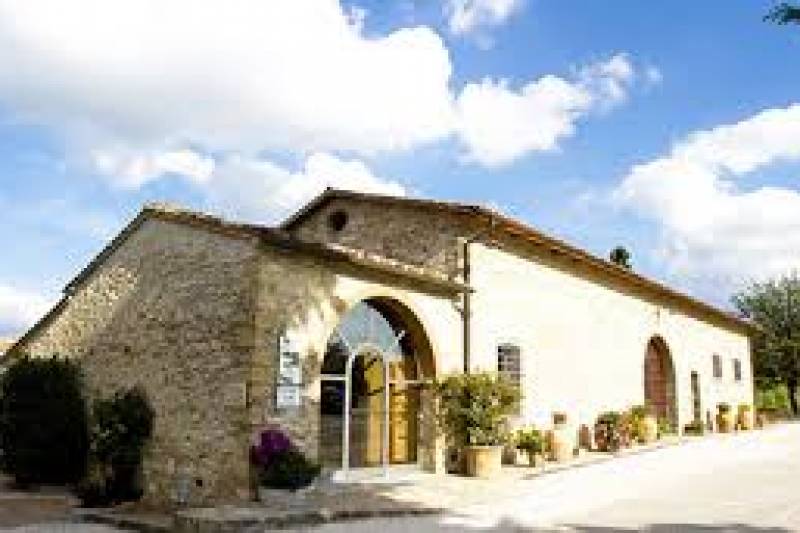 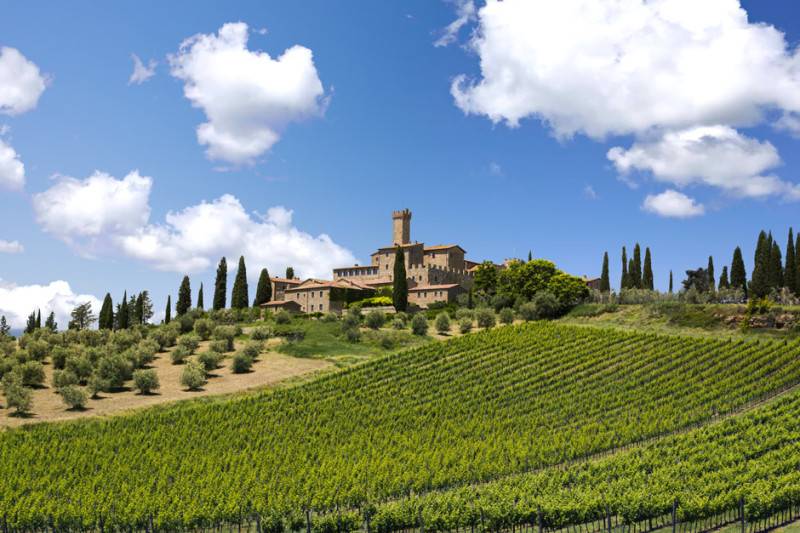 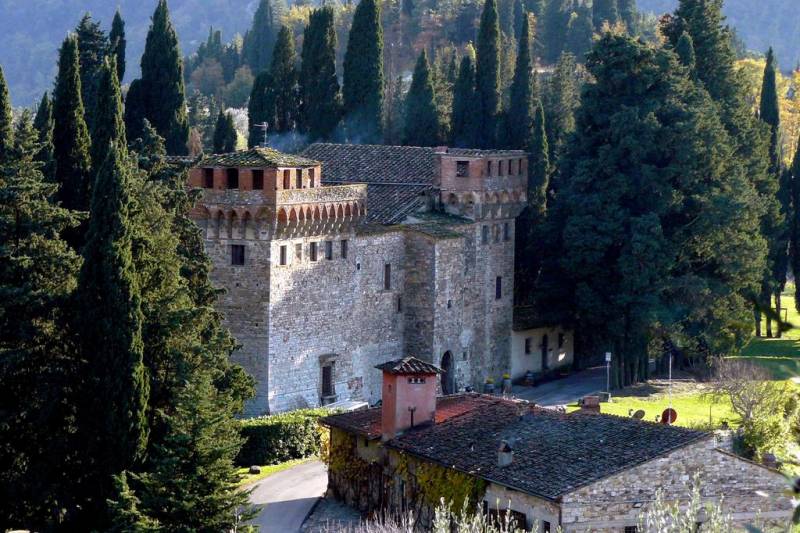 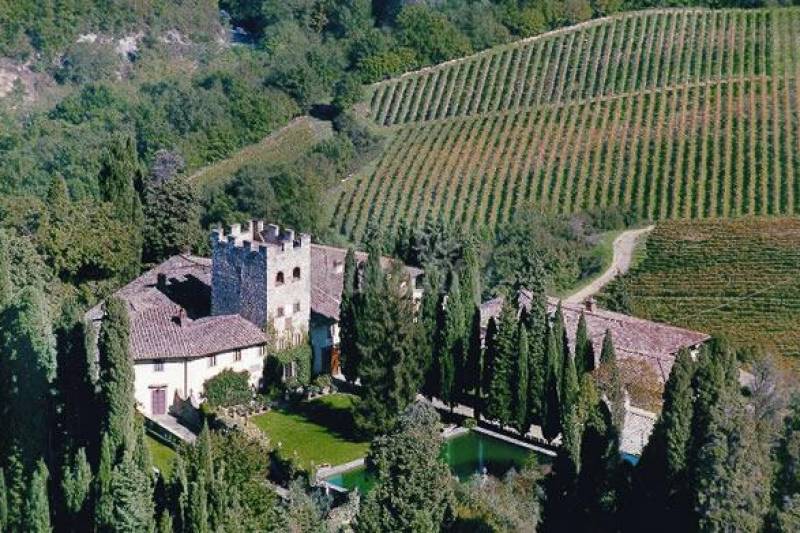 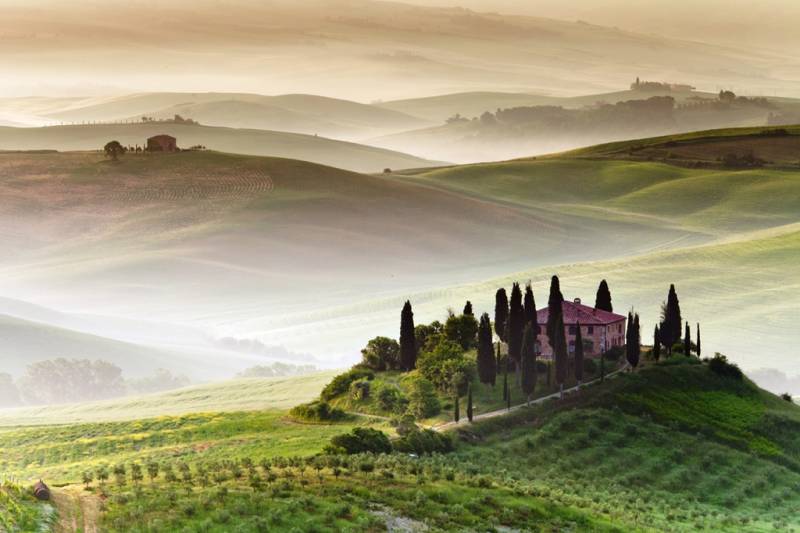 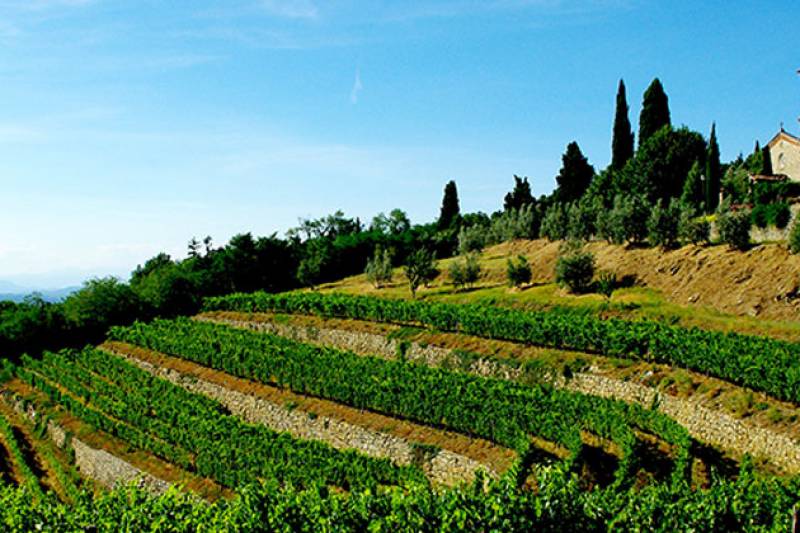 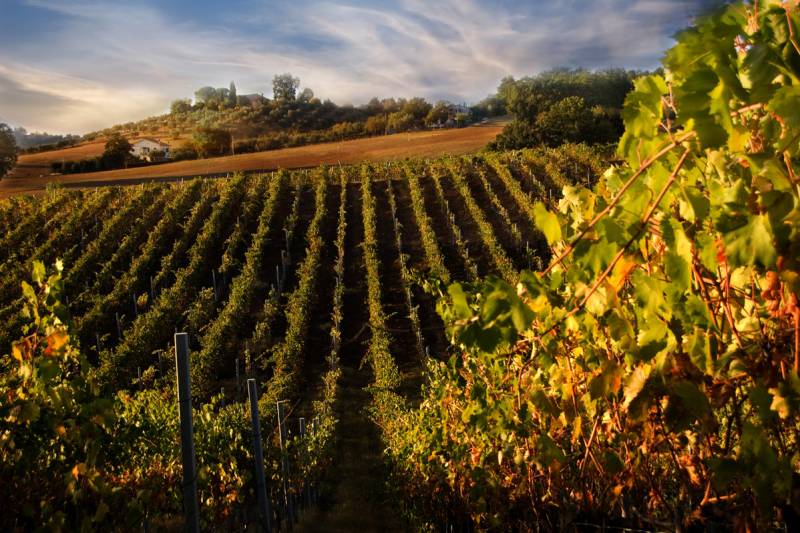 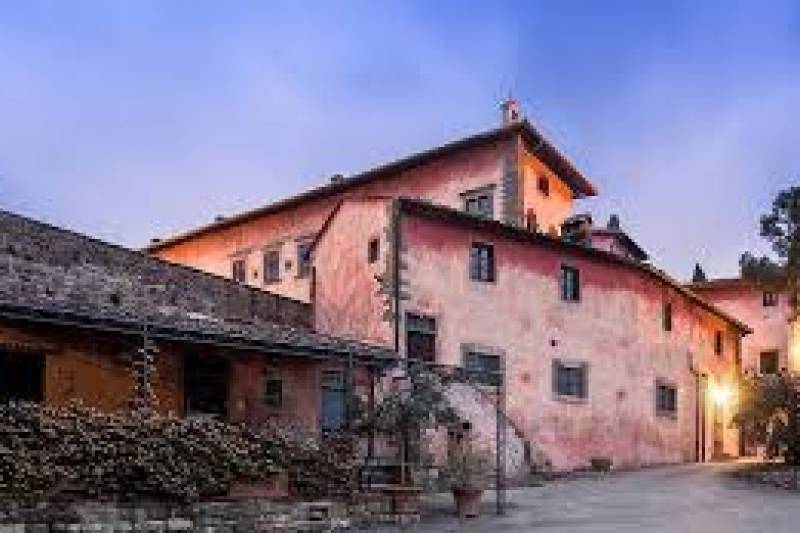 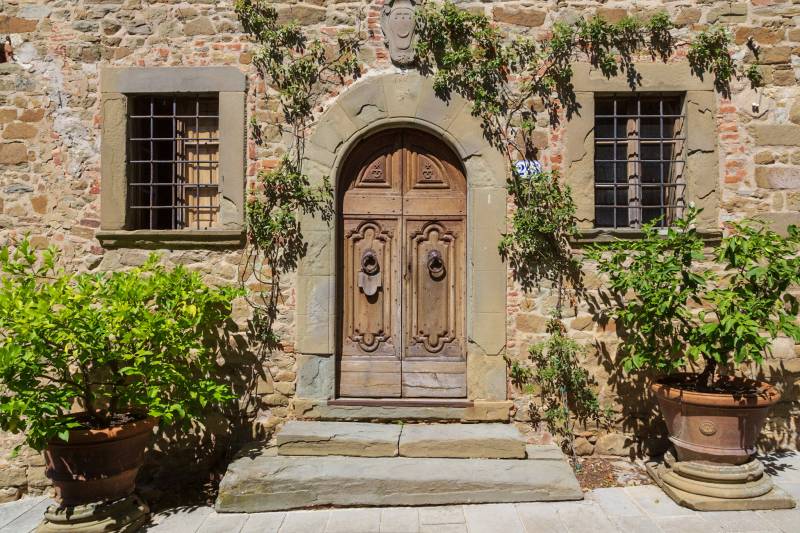