The Veneto region is obviously famous for Venice, the stunning city of renaissance architecture, canals, winding streets and carnivale, but there is also a lot more to discover in the region as well as its capital. It is an extremely vast region located in the north east of the country, and stretching from Lake Garda in the West, across to the Adriatic Sea in the East, and up to the Austrian border in the north, home to the famous winter ski resort, the Cortina d’Ampezzo, which hosted various events in the 1956 Winter Olympics.

For cosmopolitan city lovers in search of art and culture, why not head to one of the city states that were annexed by Venice in the 15 th Century. Whilst Padua is home to Italy’s second oldest university and sports many breathtaking frescoes, most notably Giotto’s Capella degli Scrovegni, Verona is a perfect place to visit for the hopeless romantics among you, as you can experience the setting of Shakespeare’s renowned romance Romeo and Juliet. Or, if you prefer your history a little more ancient, Verona also has various Roman remains, such as its Arena di Verona, an amphitheatre that regularly hosts opera.

If you’re more of a nature lover than a city slicker, then we advise visiting the north of the region, in the province of Belluno, so you can catch a glimpse of the snow-tipped Dolomite mountain range, take part in various outdoor activities, wonder round its luscious woods, or explore its pretty lakes, such as Lake Misurina, where you can try your hand at water sports.

And now onto the most important think… the wine! There are many different wine regions in Veneto, such as Lugana and Bardolino near Lake Garda, but the region is probably most well-known for its production of rich, dry Amarone red wines, which are produced in the Valpollicella vineyards around the villages of Fumane and Negrar, just north of Verona. As well as these rich reds, Veneto is also a prime location for the production of whites in the eastern province of Soave, where as well as soaking up the local delicacies, you should also visit the castle of Soave, which was built in the 10 th Century upon the relics of a Roman
fortress.

Veneto is also a prime region to visit for lovers of prosecco (of which there are many in the UK!) Bubble hunters should head to Conegliano, one of the principal villages of Prosecco wine country which produces its own DOCG prosecco. Here you can sip the local sparkling wine (by itself, or in the form of one of the region’s signature cocktails, the Bellini or Aperol Spritz) in a beautiful mountain setting at the foothills of the Alps. Or, from Conegliano you can begin a lengthy prosecco tour along the Strada di Prosecco, which runs to the Valdobbiandene, and features more than 3 dozen vineyards.

Last but not least, if you like your drinks a little stronger, and you’re looking to grab a grappa, Bassano del Grappa, as the name suggests, is the town for you. But it’s not all about the tantalising tipple, you can also explore such as the fresco adorned walls of the Bonaguro Palace, or their famous old bridge stretching over the River Brenta, proving that Florence isn’t the only place you can visit to walk across a Ponte Vecchio. 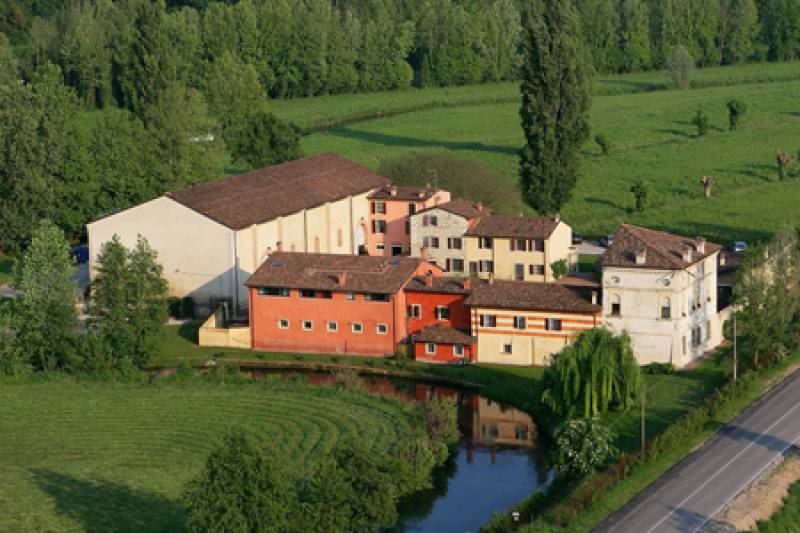